This is a work in progress and is not part of the main site.  At the moment it is only known to myself and Diane Crilley Shearer.

This document now spreads over several pages, See sidebar menu at the right for other related pages

They had two children:

John then married Mary Woodburn in 1885

They had 7 or 8 children – needs to be clarified.

Connection between the Woodburns, Newton and Steele families 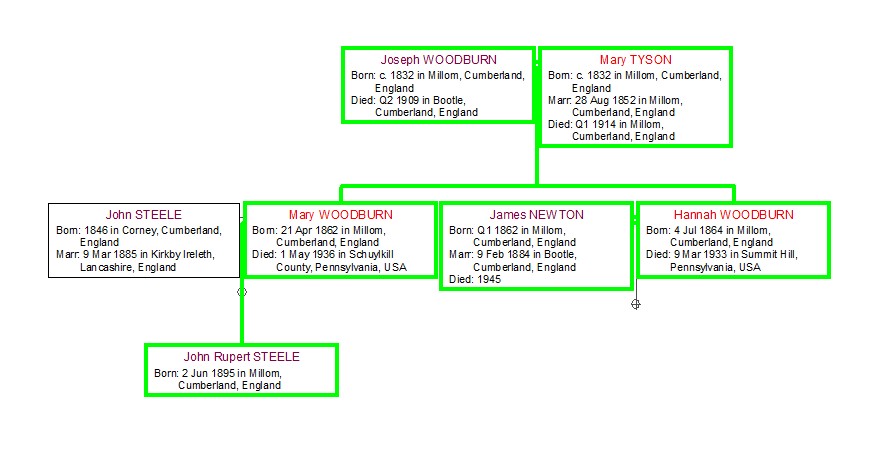 In 1918 Agnes moves to Summit Hill. With her are 3 children:
Hilda, Mary Agnes and John Rupert

At this point we have the following in Summit Hill 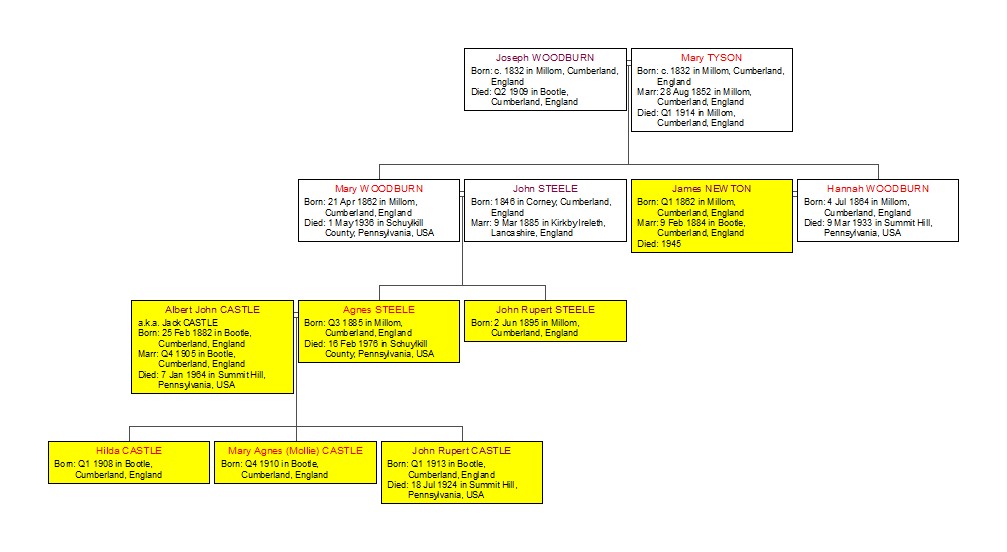 The 1920 US Federal Census confirms the Castle family in Summit Hill and that they are in rented property.

In the house are Alfred and Agnes, children Harry and William (both born in PA), Agnes’ mother Mary and brother John.

When Agnes dies in 1976 there is an obituary in the local paper which gives us some useful information.

Her two daughters have both married:
Hilda has married Earl Dickman in New Jersey, 1930, and is in Summit Hill.
Molly (Mary Agnes) has married Cedric Mollard *(can’t find this) and are in Reading with 2 sons, Harry and William.

We also learn that Agnes was living with Molly and family.

Agnes’ sister, Alice, has also moved to the USA and married a Mr Smith and lives in Falls Church VA.

These two brothers are confusing.

† William Martin – does this mean William Martin Steele or William Martin? Reads like the latter.
Having just re-read an email from John Rolfe-Dickinson, he mentions that Mary Steele had a son with a man called Martin in 1902, although he has the first name as David.