This page is not a detailed feature on Cary Grant, rather it is a collection of a few items relating to his connection to The Pender Troupe.

What follows here are a few snippets relating to his time with the Pender Troupe.

The above biography can, as at Dec 2020, be found on Archie Leach.net

In a newspaper article of 1953 Grant made reference to his coming to America from England with Bob Pender’s troupe.  Daily News (New York) - 17 May 1953

In short, Archie Leach apparently heard about Bob Pender’s troupe of young performers (possibly The Dandies) whose young members were being conscripted as WW1 was on.

Aged 14 he wrote to Bob Pender, pretending to be his father, and was invited to an interview in Norwich.

Archie was taken on and went to stay with Bob and his wife. After ten days his father found out what he had done and found him.

Archie’s father and Bob Pender had a discussion over a drink and it was agreed that Archie would return to Bristol to finish his education.

His education didn’t continue for long before he was expelled.

His father accepted the inevitable and Archie went off to join the troupe.

He would go on to tour around the UK and Europe before the trip to America in 1920.

In 1923 Archie was part of the Lomas Troupe (the troupe name before Bob Pender’s Troupe) which included some of Bob’s sons. 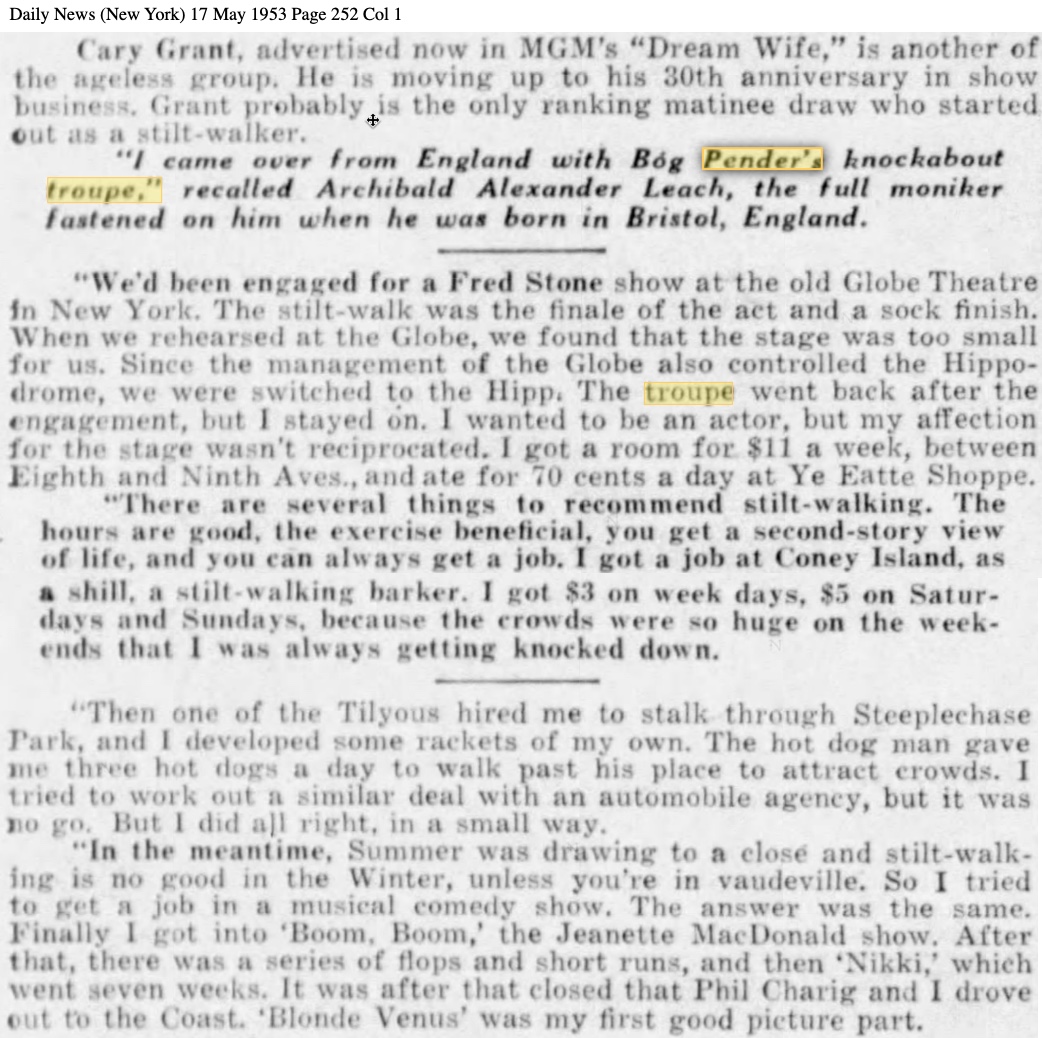 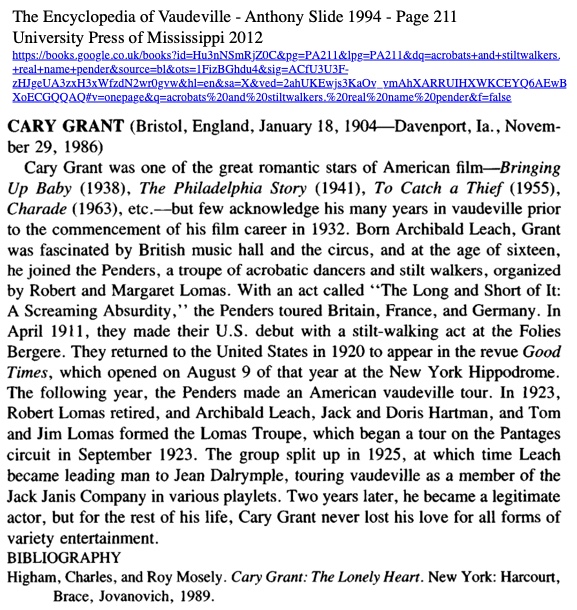