Called up to Royal Field Artillery in 1915

Wounded twice 6 times during WW1 according to article, but see above:- 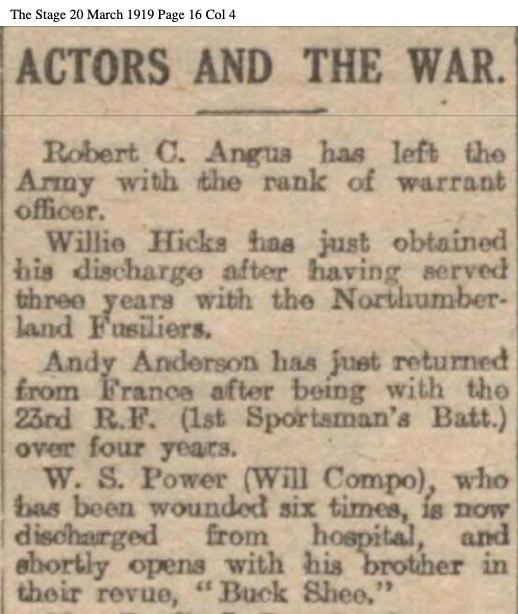